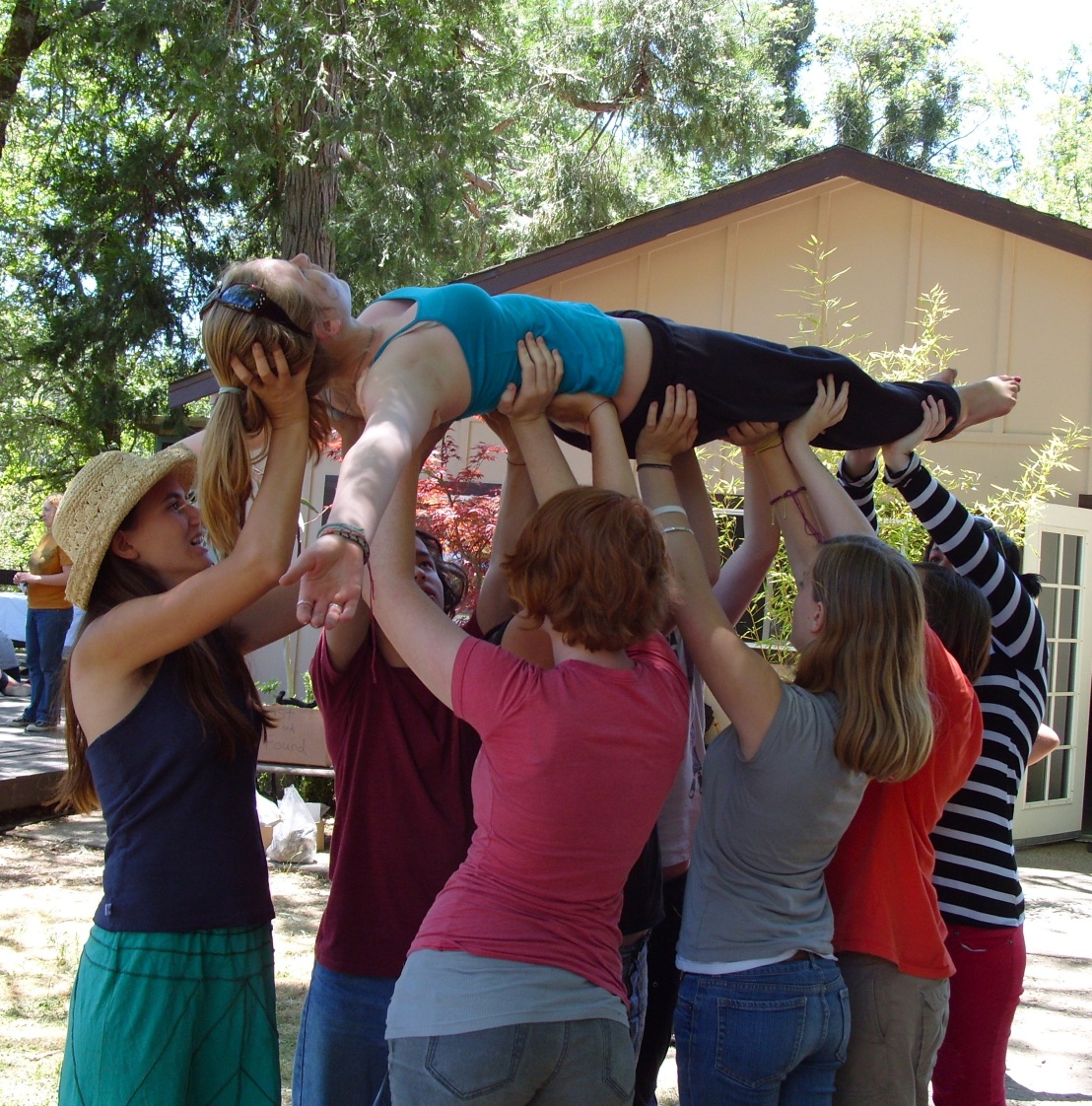 Begun in 2008 as a short retreat for teens from Witchlets in the Woods family camp, TEM has expanded to a full witchcamp for teens age 13-19, and for young adult mentors ages 18-25.

TEM is an opportunity to explore our relation to the Earth and to one another. We practice ritual creation and group facilitation, hone community and magical skills, bond with people facing many of the same joys and challenges, and find out about ourselves as we head into the world in ever new and more adventuresome ways.

As campers return and join our Mentors path, people tap into what each has to offer from our hearts – which might be leadership and service, mentoring younger folks, skill-sharing, kitchen-witching, or something unexpected and mysterious – to help create our camp.

Our camp is based in Northern California, but campers and teachers from a number of communities around the Reclaiming network have taken part. Group-building and trust exercises are part of our work, and we aim to create lasting connections among Reclaiming’s young people.

Teen Earth Magic is strongly supported by parents, who help with cooking, transportation, and in-camp support.

Teen Earth Magic Through the Years

Teen Earth Magic began in 2008, when teachers, parents, and campers from Witchlets in the Woods family camp decided to organize an Earth-based teen retreat.

The first year, twelve teens worked with the legend of Savitri and Satyavan, visited the Yuba River, did rituals and magic, and built group bonds.

In 2009, 24 teens and young adults focused on the life-story of the salmon, native inhabitants of Northern California’s rivers and creeks.

2010 again drew two dozen teens and young adults for the Pentacle of the Great Turning, inspired by the work of Joanna Macy.

Recent years have seen 25-30 teens and young-adult mentors follow the Journey of the Bard, the Life of the Butterfly, and Sweet Magic of the Beehive.

Teachers from Teen Earth Magic have created a workbook featuring dozens of exercises, ritual outlines and ideas, and guidelines for starting a family camp.

This book is for all ages – a complete compendium of Reclaiming-style magic and activism!

Many exercises include Solo Working sections that people can do on their own or with a few friends.

There is no better introduction to serious Earth-based magic than the TEM Workbook!

Order a print edition – or download a free PDF – at teenearthmagic.org

Photo: We will lift each other up – literally and magically, teens learn to support and lift one another – a stark contrast to the competitive put-down culture most of us grew up with. Photo courtesy Reclaiming archives.