Skip to content
These are very rough living-room demos of the songs we are working toward recording. The four bilingual chants are for the Cantos Sagrados album, and Weaver Weaver is a separate single. And don’t miss the sock-hop demo at the end!
Someone said: “It sounds like Reclaiming singing!” I think they meant it as a compliment…
We had planned to record in mid-2020, but the project has been delayed for the time being. We hope to resume when it’s safer to gather.
Questions: CampfireChants@gmail.com

We Are a Circle/Somos Un Circulo – rhythm test at 116bpm (ascending “breaks” at beginning, middle, and end are fiddle solos)

She Changes Everything – new sockhop version! 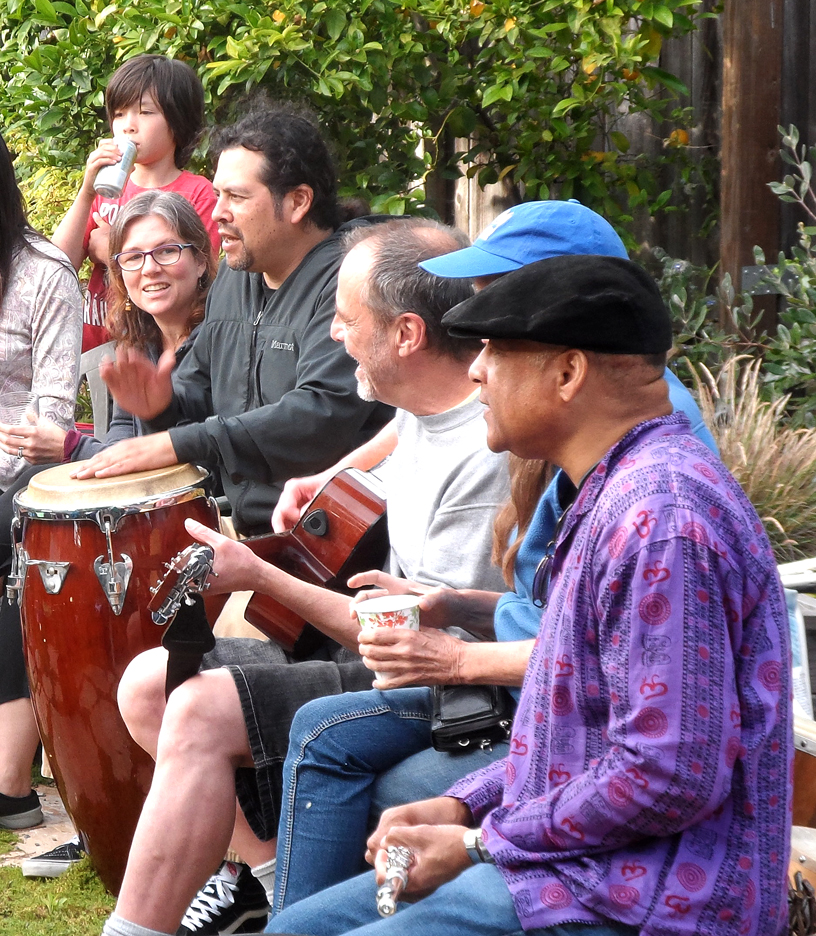